There are artists out there with nonsensical lyrics, either by design or because they just can’t write. Drew Holcomb, though, wears his heart on his sleeve, and his songs reflect that – especially his latest album, Dragons. Touring behind the release, he took the stage on October 18 at the Germantown Performing Arts Center in the Memphis suburbs, and the show embodied everything Holcomb is about – songcraft, family, and friends.

The evening kicked off with Birdtalker, a band out of Nashville. The act usually performs as a five-piece but at this show it was just the husband and wife vocalists, Zack and Dani Green. As a duo, the pair had a Civil War vibe on stage, outside of Zack’s ridiculous whistling ability. They ran through a brief set featuring tracks from their debut album (One) like “Free Like a Broken Heart” and “Heavy,” but the interaction between the duo on “My Lover” really stood out. Written by Zack for Dani, he was transfixed on his wife while serenading her. Their set was a solid tablesetter for Holcomb, as much for the music as the fact that the opener were husband and wife – a family.

Opening to the musically upbeat “End of the World,” it was clear there was something magical in the air at GPAC, and Holcomb and his band, the Neighbors, were there to take advantage. There’s always something special when artists play hometown shows; raised in Memphis, Holcomb’s family still lives there and his parents and grandmother were in the audience.

They followed up the opening number with “Tennessee,” a love letter to Holcomb’s home state. The song historically shows up later in the setlist when played in the Volunteer state, but has lately migrated earlier to make room for newer tunes. Regardless of the placement, the capacity crowd sung every line.

Dragons is as autobiographical as an album can be. Holcomb has a young family, and there’s not much to parse in a lot of his songs. Fortunately for Holcomb, his wife Ellie is an artist in her own right and spends as much time as possible with the Neighbors on the road. She took the stage to join her husband on “See The World,” a song he wrote for his middle child that resonates with any parent. But, he wasn’t there, so Holcomb said he’d “sing it for Emmylou,” the couple’s oldest daughter that was at the show.

The opening track on the album, “Family,” is a celebration of all that Holcomb holds dear, and it had to have been a thrill for him to play it on stage with so many of his people in attendance.

As an added bonus, Holcomb played a solo cover of Elton John’s “Rocket Man.” It’s shown up in the setlist consistently of late, but that doesn’t make it any less mesmerizing. “Shine Like Lightning” gave guitarist Nathan Duggar a bit of room to stretch his fingers, and he delivered a blistering solo at the end of the tune.

The most powerful moment of the night, though, was during “You Never Leave My Heart,” a song written about the loss of his brother. It was clearly a difficult song for Holcomb to get through in front of family and friends. He seemed visibly choked up.

Juxtaposed with the song was “Ring The Bells,” off of the album Holcomb and the Neighbors recorded with Johnnyswim and Penny and Sparrow in 2018 called Goodbye Road. The Neighbors brought the house down with it at GPAC – the energetic song featured Ellie on the female lead, and the crowd hung on every word.

The set closed with “Here We Go,” which had an instrumental break that saw both Holcombs and guitarist Nathan Duggar line-dancing in unison, giant smiles across the faces of all three. It was a capper on a great set.

As the show wrapped up, the final number of the encore personified everything that Drew Holcomb values. The entire band was stagefront with the Birdtalkers and daughter Emmylou, singing “Dragons” through a solitary microphone. They were together, sharing the moment. They were a family. 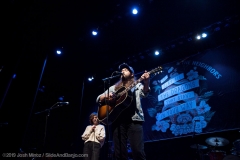 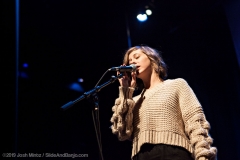 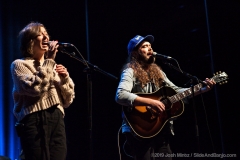 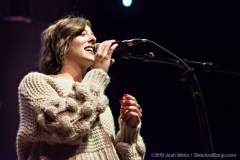 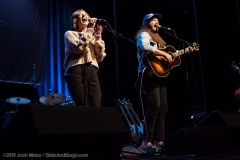 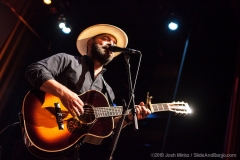 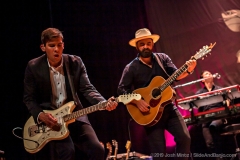 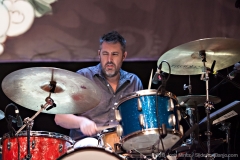 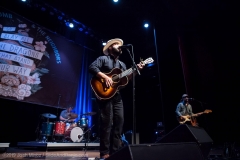 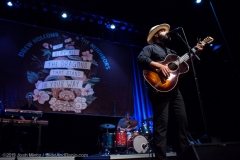 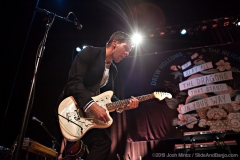 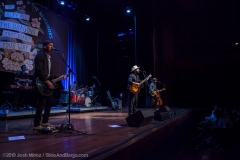 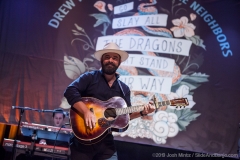 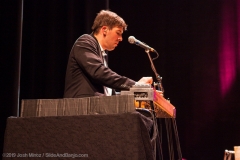 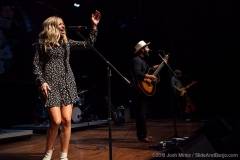 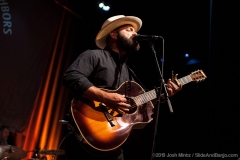 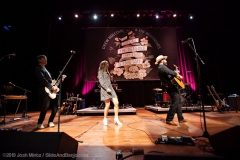 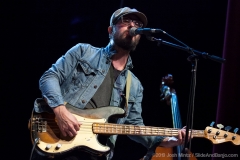 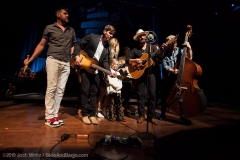 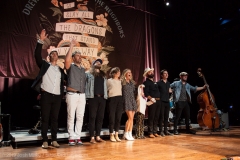