Words/Photos: Josh Mintz
There’s not much that can be written about Derek Trucks that hasn’t been said before ad nauseam. The guy’s just a freak. His skill with a guitar is unparalleled. An underrated part of Trucks’s game, though, is his matured skill as a bandleader. Over the course of the Tedeschi Trucks Band’s November 16 show in Little Rock, Arkansas at the Robinson Center, he put on a mesmerizing guitar clinic. Equally compelling, though, was watching Trucks direct the band sharing the stage with him.

The evening began with a set from buzzworthy Memphis band Southern Avenue. Coming off winning the Emerging Artist Award at the 2018 Blues Music Awards, the band has been touring non-stop in 2019. Lead singer Tierinii Jackson is a frenetic ball of energy with a powerhouse voice, and there’s a top-notch band behind her led by her Israeli-born husband Ori Natftaly. Their set was fairly brief, but their cover of Aretha Franklin’s “Rock Steady” fit Jackson’s voice to a T, and the set-closing “Don’t Give Up” set the stage for the headliners in a proper way.

It’s cliche to say any band’s sum is greater than its parts. That’s the essence of a band – how the individual pieces come together to create a unique sonic experience. In the case of the Tedeschi Trucks Band, though, it really holds true. The namesake husband-and-wife Derek Trucks and Susan Tedeschi may be the brand names of the outfit, but by no means do they dominate the musical conversation that happens on stage each night.

From the opening notes of “Let Me Get By,” the collective band mentality was abundantly clear. TTB has up to a dozen musicians on stage at any time, and each represents an important cog that keeps the gears going. “Let Me Get By” is the perfect example, where the horn section (saxophonist Kebbi Williams, trombonist Elizabeth Lea and trumpeter Ephraim Owens) adds a significant amount of depth to the band’s sound.

The setlist was fairly low on TTB originals; the early part of the set featured a few songs off of 2019’s Signs – “Do I Look Worried” and “Signs, High Times.” The album came out in early 2019, but to only play two tracks was a surprise. There are few TTB-penned songs stronger than “Midnight in Harlem,” and the version played at the Robinson Center was a stellar representation of the original. Trucks’s slide guitar was pristine; it was tender at times and wailed when called for. Tedeschi’s vocals were perfect on the track as well. As good as Trucks is on guitar, Tedeschi vocals are his equal – the sheer power in her voice and her pitch-perfect delivery never ceases to amaze.

The band’s eclectic background definitely inspires the product on stage, and that’s part of the allure of a Tedeschi Trucks show – getting a musical history lesson each night. The band blends equal parts jazz, blues, and rock, and the setlists reflect the influences. Over the course of the night, Duane Allman’s slide guitar showed up via Derek & the Dominoes in “I Am Yours” and an absolutely scorching “Keep On Growing.” Later in the set, the BB King hit “How Blue Can You Get?,” written by Johnny Moore, put the blues roots influence on display.

The off kilter treat, though, was the James Taylor-penned “Fire and Rain” cover that opened the encore. Sung by Mark Rivers, it was an example of how the most skilled bands can keep their audience on its toes. Executing the song wasn’t a tall order for a band of TTB’s stature, but it was an absolutely stunning example of how a band can take an already good song and elevate it. Taylor recorded the song as an acoustic track, and Susan Tedeschi and company elevated it to something entirely different, but equally compelling.

The show closed with “Show Me,” a Joe Tex track that displayed Trucks’s A+ bandleader skills. As the track peaked, he took a blistering solo before handing the spotlight off to the horn section, who each took a solo before handing back off to Trucks. He then continued to direct the music like a conductor, shortening the solo time until the song reached its apex and the show ended.

Each night, the Tedeschi Trucks Band busts its ass to pour heart and soul into its craft, and the audience is taken on a journey. They’re pro’s pros, but without being too technical. That ability is a gift unto itself…to not sound contrived. The show in Little Rock was a perfect example: the originals were great and the covers were done with the perfect blend of respect and improvisation. If nothing else, the Tedeschi Trucks Band honors the music, and that’s all anyone can ask.

Let Me Get By, When Will I Begin, Signs, High Times, Don’t Drift Away, I Am Yours, Joyful Noise, Life Is Crazy, Do I Look Worried, Keep On Growing, Midnight in Harlem, Leaving Trunk > Volunteered Slavery, How Blue Can You Get?, I Want More > Soul Sacrifice

Encore: Fire and Rain, Show Me 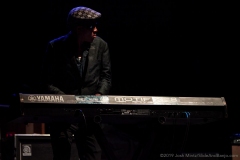 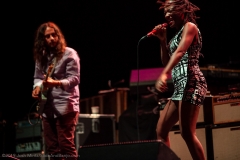 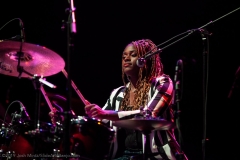 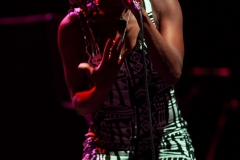 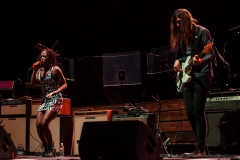 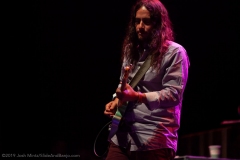 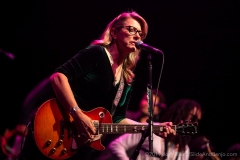 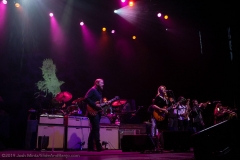 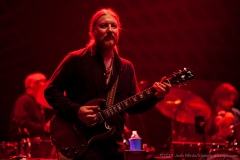 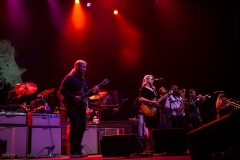 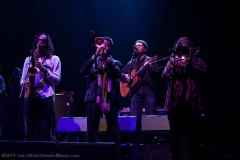 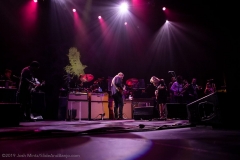 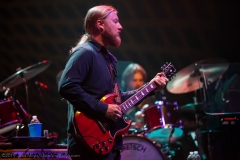 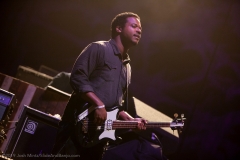 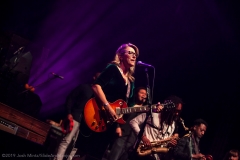 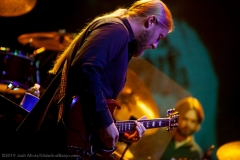 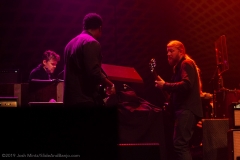 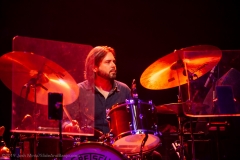 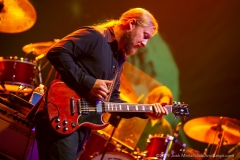 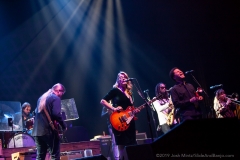 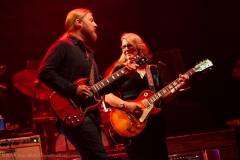 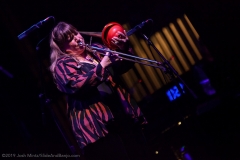 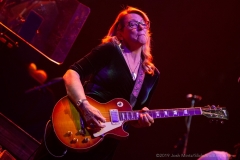 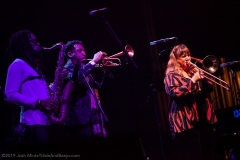 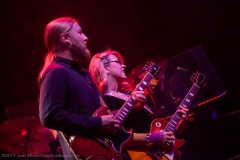 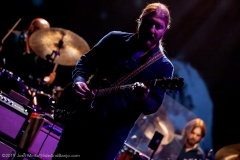