Words/Images: Jake Cudek
Legend is historically born out of greatness. Rarely is it the other way around. The saga of The High Hawks is one such lore that has only just begun. Whether one believes this yarn spun by Vince Herman about how the vision for this band was seeded (read about it here), what is certainly evident is that with three well-attended, high-energy Colorado shows under their belt, The High Hawks are ready to rev up the second leg of their inaugural tour.

On October 20, the High Hawks migrated north to their final Rocky Mountain performance at the Aggie Theater in Fort Collins and delivered their message with as much enthusiasm and expertise as they had the two prior nights in Boulder and Denver, Although the low turnout (around 100 souls) would have diminished the steam of other bands, these raptors of the road took advantage. They turned the evening into an intimate gathering and interacted with the audience on another level, telling more stories and asking questions of those in attendance, extending their set time nearly 45 minutes longer than what the Boulder and Denver audiences got.

Longtime fans of Herman know that he has an affinity for the honkytonk, apolitical, folk, psychedelic and bluegrass themes, and this winged ensemble is no different. However, what falls outside the norm is how well rehearsed and cohesive this band sounded on leg one of the tour, especially in light of the fact that live rehearsals commenced a week prior to the first gig and that most of the music performed – with the exception of a few covers by Woody Guthrie, The Band, and Lead Belly – were new original numbers. With changing tempos and a plethora of lyrical arrangements to recall, these talented troubadours displayed mastery their craft, showing no signs that they were lost on stage.

Each of these players seemed to bring their best and seemed to have a ball doing so. From the stage banter and tune descriptors, it was obvious that the material was a group effort; no one stood out as being in charge or responsible for content. The musical prowess and exchanges between the players kept the audience – and the band at times – dancing, generating smiles on the faces of everyone in the room.

Another dynamic of the supergroup formula that is often overlooked is that when attending these conglomerative formations, one is often exposed to players that fall to the periphery of the staples of many fans. Standouts in this role were certainly Adam Greuel of Horseshoes & Handgrenades, Brian Adams of Dead Phish Orchestra, and Will Trask of Great American Taxi and Analog Son. This trio was as solid on their instruments as so many others who actively perform and are more well-known. Repeatedly, they drew the direct attention of those in attendance

Chad Staehly delivered excellence on the keys and effortlessly accompanied and soloed in that way that a great player does, making it look easy. As for Tim Carbone? ‘Nuff said. This man’s talent as a multi-instrumentalist, lyricist, and producer makes him a great addition to any project.

Herman is a legend all his own, acting as musical patriarch and cosmic reflector of that kid inside all of us. Every time he has an audience, both on and off stage, he pulls those around him into some kind of adventure, whether metaphorical or visceral.

The Aggie crowd also received one last surprise, which came as no surprise at all when considering the Northern Colorado musical community. To close out the evening, the band was joined for the final two songs by Dave Bruzza of Greensky Bluegrass, who, as expected, was given as much leeway as the others to show off his talent. The other High Hawks lined up to exchange solos accordingly, each ending in raucous bouts of laughter and ear to ear smiles.

Set: Heroes and Highways, Bad Bad Man, Singing a Mountain Song, Fly High, White Rider, Pick Me Up On Your Way Down, When The Dust Settles, Blue Earth, Home Is, Up On Cripple Creek, Pike River County Fair, I Ain’t Afraid, Do Si Do, Trying To Get By, Talk About That

Encore: Goodnight Irene, Tonight I’ll Be Staying Here With You,* I Can Get Off On You* 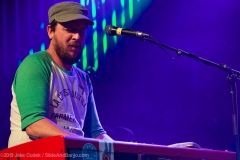 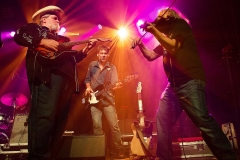 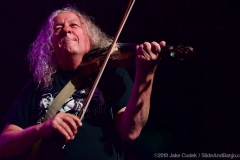 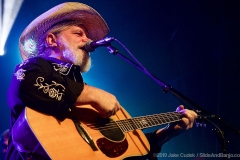 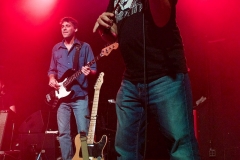 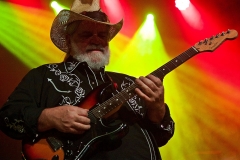 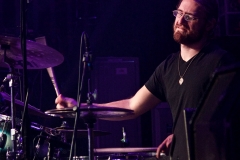 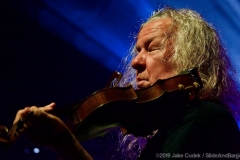 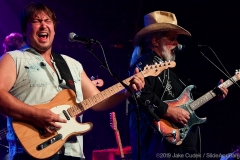 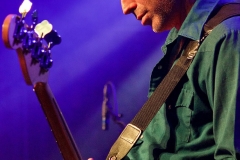 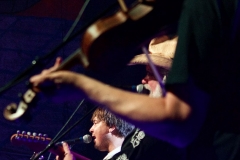 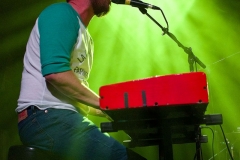 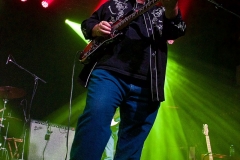 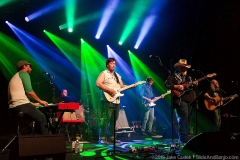 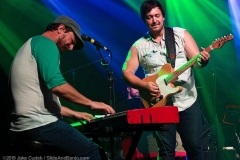 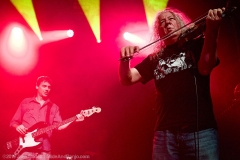 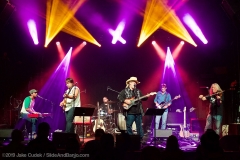 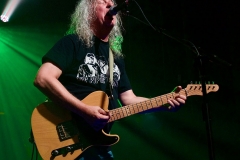 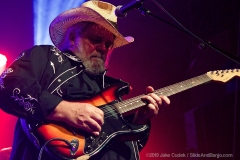 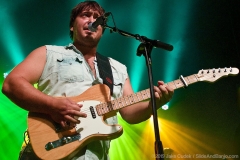 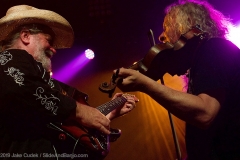 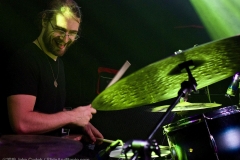 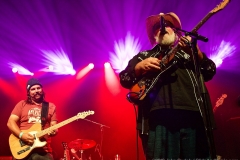 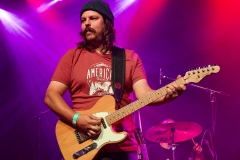 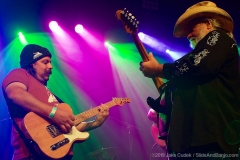