Jimmy Herring and The 5 of 7
The Aggie Theater
Fort Collins, CO
September 13, 2019
Words/photos by: Jake Cudek

For many, the name Jimmy Herring conjures up a multitude of moments that reflect the best in music proficiency.  From his position in Col. Bruce Hampton’s sonic army, the Aquarium Rescue Unit, to his touring days with Widespread Panic, anyone who recognizes this man’s talent knows that if he is coming to your neck of the woods, set the date and plan on attending.

At the beginning of June, an announcement was sent out that made fans of the iconic ponytail and bearded smile sit up and take note – Jimmy Herring was unveiling a new band, The 5 of 7.  Composed of both new and familiar faces, including long-time collaborators Matt Slocum on keys and Kevin Scott on bass from his 2017 band The Invisible Whip, and adding Rick Lollar on vocals and guitar and Darren Stanley on drums, this new arrangement of players promised to deliver on different genres, ranging from R&B to jazz and everything in between, and this only fueled the excitement of the music community, especially with a 28 date, two-legged tour that would commence with a three-night Colorado opener and conclude in the band’s home base of Atlanta.

The second stop on tour was at the intimate digs of Fort Collins’ Aggie Theater. Anticipation was high for the performance, as not only was this a Friday night show, but it was also a Friday the 13th event under the glow of a full moon. Speaking with fans outside the venue, one excited listener also added that this was Herring’s 13th anniversary with Widespread Panic almost to the day, which for this group of faithful listeners, elevated the feeling something special was about to happen as they camped outside the box office under the marquee two hours before the show in order to secure their spot on the rail.

While the faithful waited out front, the band and their crew amassed in the back alley.  Approaching them, it was easy to see that these were people who enjoyed the company of each other off stage as much as on, illustrated by the sharing of jokes and stories as they all laughed and enjoyed their own company.  Speaking with the band before the show about their new jam vehicle, their excitement was tangible. Each of them remarked in their own way how much fun they were already having with just one night under their belts.

When asked about the outlook for the setlist, Herring stated that on their first night in Denver, they had not covered all the material they had been rehearsing – that the setlist would be evolving, and they would continue releasing new material throughout the tour in an effort to keep the tunes fresh and always evolving.  It was also expressed how elated they were by the turn out at the Gothic Theater, playing to an unanticipated nearly sold-out crowd on a Thursday night.

It was exciting to see the passion these gentlemen exuded about their craft.  In explaining the development of the band, each member separately remarked how frenetic this endeavor was in its preparation, revealing that although time was dedicated to working up the tunes, each band member had other commitments to other outfits, including King Baby, a band comprised of Scott, Lollar, and Slocum, that continued to rehearse and perform gigs, all while preparing for an extensive two-month tour.

When asked about the choice of Colorado being the site of the start of the tour, Herring stated that one of the first places he played out of state with Col. Bruce Hampton was Colorado.  He recalled early gigs in the state, including both The Aggie Theater and The Fox, and he felt the state – with its good people and great vibe – felt like a home away from home outside his southern comfort. Along the theme of the ARU and the legend that was Col. Bruce, each band member expressed that if it weren’t for this cosmic maestro, The 5 of 7 probably wouldn’t have come to be.  This was reflected in the fact that each of the players involved, at one point or another had played with The Colonel, and that experience put them into a brotherhood that connected them both musically and philosophically.

Showtime finally arrived and the audience was treated to a short 50-minute opening set by a young, keen ensemble known as King Llama.  This trio, coming off a recent tour of South America, executed eight original tunes that made them an obvious fit to be paired with The 5 of 7.

A short 30-minute intermission followed as the stage change out proceeded, and it was at this point that those who were there solely to catch The 5 of 7 came rolling in, filling the venue to three-quarters capacity, which afforded plenty of dancing space for everyone.  The lights finally dimmed, and the unassuming members took their places to the sound of cheers, whistles, and applause from the anticipatory mass that had gathered on this lunar spook of an evening to get down and be a part of the unexpected.

What the band delivered was a single, two-and-a-half hour set of fulfilled promises.  The set spanned genres, and included original compositions and covers. The musical connection The 5 of 7 exhibited on stage made it hard to believe that they have not been playing together longer and shows how seasoned each of the members are.  The Leslie mastery and Clavinet funk of Slocum left no one disappointed. Lollar stood alone as a giant, not only in his technical dynamic, but also in the role of lead vocals; his enthusiasm was felt as much at the back row as it was to those captivated on the rail.

Scott is certainly the rumble and grumble of the band, laying down the low-end in a way that everyone felt a quaking in their bones, laying out rolls of notes and playing anything but conventional, while maintaining the demands of the composed sections of songs whether it be the harder edges or the soft voicings.  tanley’s tempo maintenance was exhausting in all the right ways to watch and listen to, as his energy never rested and his ability to swing from the back-beat to the straight ahead and back again never wavered and all the while sporting a Cheshire beam from ear to ear indicating that he was having as much fun as the 400 plus souls filling the room.

Of course, there was Herring. Many refer to what he does as “the wow factor,” but it could be easily argued as “the how factor,” as in how does one practice enough to be able to play with such unimpeded fluidity and focus as to not only avoid the misstep, but to lead and communicate melodically four others at the same time, all the while creating something new through improvisation.

Wandering the venue, it was easy to see that those who had showed up for their induction into The 5 of 7 had stayed until the last note and when it was said and done, each participant stumbled out into the evening air with a grin as wide as the moon and a jig in their step as if their bodies were still reacting to the music and the barrage of melody that had entered through their ears and was yet to find its way out.

The takeaway from this evening is that the audiences who decide to turn out for something new will not be disappointed and the formula of The 5 of 7 is as simple as one plus two equals amazing. 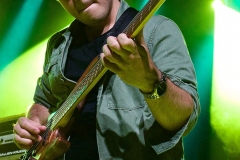 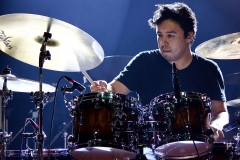 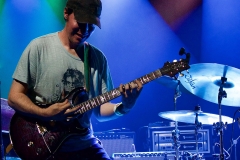 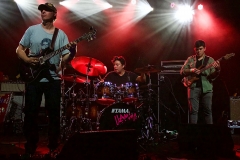 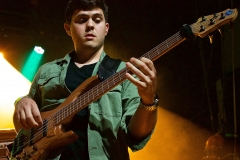 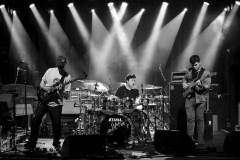 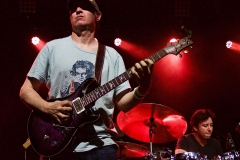 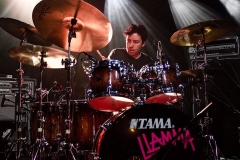 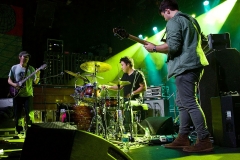 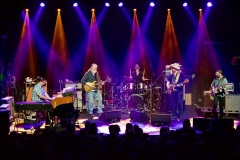 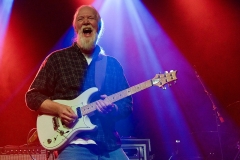 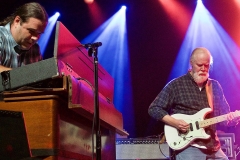 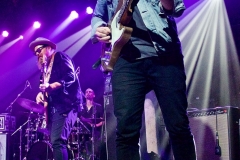 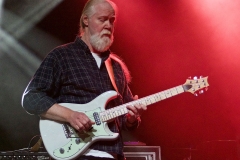 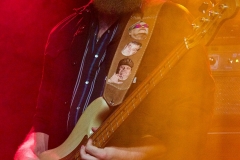 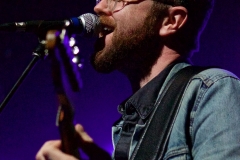 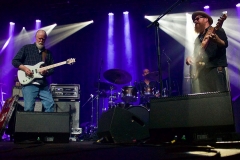 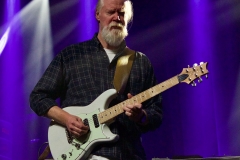 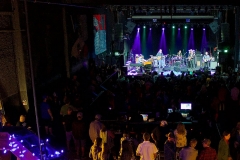 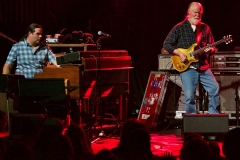 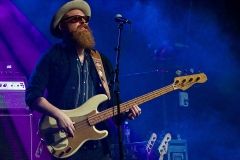 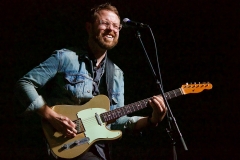 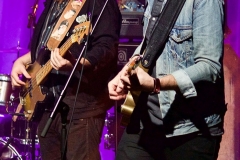 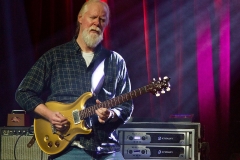 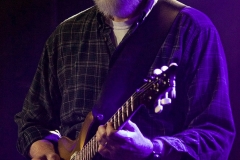 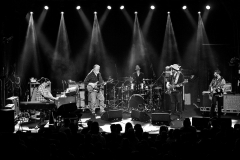