Words/Photos: Jake Cudek
One of the hottest tickets over this past weekend in Fort Collins was to the performance of the legendary, revolutionary Ani DiFranco. Performing on February 8 at the newly renovated, intimate Washington’s in the Old Town District, DiFranco’s return was highly anticipated, reflected in the fact that her show sold out the day tickets went on sale.

An hour before showtime there was a congregation of about 100 faithful souls of all ages standing outside the venue, bearing the brunt of sub-freezing temperatures in hopes of guaranteeing themselves a close-up spot to catch the inspiration and energy of the outspoken troubadour of everything under the sun.

By the time the lights dimmed for the opener Jesca Hoop, it was clear all 900 tickets that had been purchased months in advance were being put to good use, as the descriptor “standing room only” took on the most literal of meanings. Hoop, cut from the same tapestry as DiFranco and other folk artists of yore, delivered a heart-felt 45-minute set of interwoven tales and original acoustic music, each followed by a warm and welcoming applause of appreciation from those in attendance.

After a short intermission, the hall was full to capacity and as the house music dropped, the decibel level of audience fanfare rivaled that of a venue three times its size. The call to arms only increased as the firecracker performer moved center stage with an ear to ear grin and a gaze that seemed to attempt eye contact with every face in the room. As she took the microphone, the audience quieted, and DiFranco proceeded to thank the good people for having her. The room erupting once again, broadening the Cheshire grin stretched across DiFranco’s face, and that on every face in sight.

Before another word or eruption could ensue, DiFranco and collaborators Terrence Higgins (drums) and Todd Sickafoose (bass) launched into “God’s Country.” The song, from the early 90s and the onset of Ani’s career, was met with an accepting applause and kicked off the sing-along dynamic that would carry on throughout the night.

With over 20 studio albums, the amount of material Ani has to pull from is almost incomprehensible, especially when considering the act of sitting down and writing out a list of songs for a 90-minute set. For this evening’s performance she pulled inspiration dating back to her first release in 1990, her last release in 2017, and everything in between. In true innovative fashion – a credo of continued growth and reflection that DiFranco lives by – there were also two debuts: “Simultaneously” and “Revolutionary Love.” In the end, 18 total tunes were performed, and the hall remained as explosive and full by the end as it had been in the beginning.

As the crowd let out into downtown, hugs and smiles were exchanged between both friends and strangers, as each were reminded in the afterglow of the performance that life is fleeting, and that this moment is the only we have. For many, traveling for the revolutionary revelation was a bike or bus ride away, but for some, the distance home covered one or more states. In either case, the shared experience and journey, their own as well as the storied tales from the stage, were equally epic and full of potential and it is the well spring of community that reminds that we equate more than we differ.

For two decades, Ani DiFranco has remained as true to herself as when she started. She continues to hold the torch and speak against the darkness that infiltrates culture and vehemently acts as a beacon that one person can make a difference. She pulls no punches when she tells it like it is and speaks to the fact that being aware ain’t easy and taking action born from this seed is often even more difficult.

In the end, this vision and reminder is what individuals seem to keep coming back for. As Fort Collins was the tour opener, there are numerous dates still to follow for the unending creativity that is DiFranco’s life and in each stop, a whole lot more message and inspiration to go around.

God’s Country, As Is, Still My Heart, Coming Up, Anticipate, Play God, Out of Habit, Happy All the Time, Welcome To:, Garden of Simple, Simultaneously, Revolutionary Love, Alla This, Untouchable Face, Little Plastic Castles, Shameless
Encore: Gravel, Angel of Montgomery 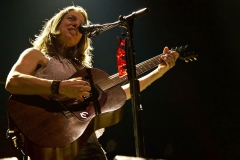 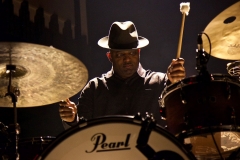 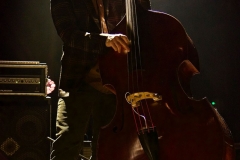 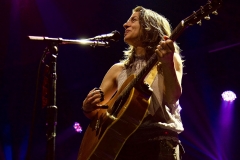 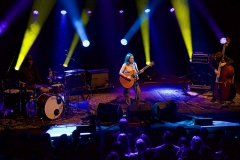 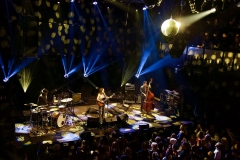 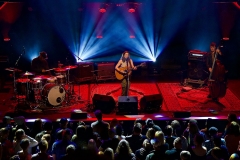 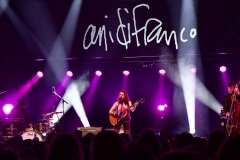 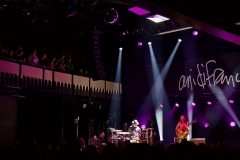