Garfield Park, the oldest park in Indianapolis, is nestled just south of downtown. The 128-acre park was established in the late 19th century and has stood the test of time. Known for the Conservatory and Sunken Gardens, it is more recently recognized by concert lovers for the MacAllister Center for the Performing Arts, which catered to the performing arts until the last decade. In recent years there have been a range of notable bands to take the stage, and on August 11, 2019 hosted Trevor Hall and The John Butler Trio, treating the crowd do a night of roots music with a taste of reggae.

As concert-goers started to fill in the venue, South Carolinian Trevor Hall kicked off the evening with “Where’s The Love,” a mellow reggae tune from his self-titled album. Those sitting towards the front of the stage made the band to work as sat through songs like “Moon/Sun,” “Well I Say,” “Green Mountain State,” and “The Weaver.” Hall commented on the seated audience, raising his hands to clap the beat for “What I Know,” to no avail.

The band kept it mellow with “Still Water” and “Lime Tree,” and by the last number, “Arrow.” the crowd decided to stand and feel the groove. The smile that spread across Hall’s face as he watched the wave of people, one after another, stand and dance was one of triumph – He had won crowd’s love. Regardless of the obstinate crowd, the set was phenomenal and reflected his deep sense of connection to Eastern mysticism and the influence of artists such as Xavier Rudd and Nahko & Medicine for the People.

By the time the John Butler Trio took the stage, the venue had filled almost to max capacity. Scattered across the lawn were patchwork blankets and skirts, hoopers, poi artists, and people of all ages. The band opened with “Wade in the Water” which featured frontman John Butleron slide guitar. It is a powerful number; the percussion and the slide guitar commanded absolute attention as the melody ripped through the night. Elana Stone (keyboards, percussion, backing vocals) had the top of her mallet fly off at the beginning of the tune, but Terepai Richmond (drums) and OJ Newcomb (bass) kept the rhythm going as stagehands rushed to her aid.

The band followed with “Tahitian Blue” and “Running Away,” two numbers from the 2018 release Home. The band then delivered a slow spacey opener and slipped into “Betterman,” the dipped back into the new album for “Faith.”

Butler sat down again and slapped his slide guitar across his lap for “Blame It On Me.” The bluesy number had the crowd in howls as the greasy blues slid across the lawn. Stone left the stage for “Pickapart,” the Newcomb and Richmond exited as Butler started strumming the melody for “Ocean.”

At this point, Butler’s magic took over. The guitarist has a way of bringing people in close to him – he likes intimate performances. During “Ocean,” the crowd was pulled to the stage, a large circle forming around Butler as he played. The security did not step in, allowing for a moment of bliss between Butler and the crowd.

The band returned to the stage, breaking into “Better Than,” Butler trading his guitar for a banjo. The lost their noodle, and everyone sang back to Butler. After the song ended, he reached down to tie his shoe and remarked to the crowd how beautiful it was to hear everyone sing and watch them dance.

As twilight settled across the park, Butler asked that everyone keep the momentum going for “Ragged Mile,” a song about our ancestors and elders. “Treat Yo Mama” sent the crowd spiraling into further glee. Butler came to the front of the stage and asked everyone to be brave and courageous…that night had settled and no one would be watching what each other was doing. He wanted everyone to sing, and those not brave enough to sing for themselves to sing for the each other. After that proclamation he dove into “Zebra.”

The band closed the set with “We Want More,” which saw the entire band on percussion. The band bowed and exited the stage before returning for a a two-song encore, “Losing You” and “Funky Tonight.” All told, the John Butler Trio had done their job – they lit up the Indianapolis night. 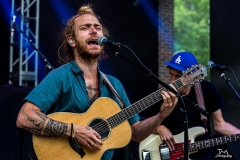 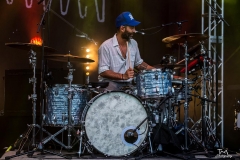 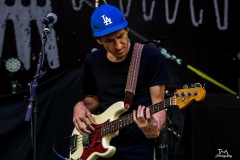 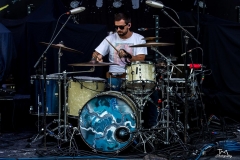 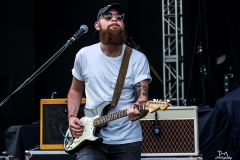 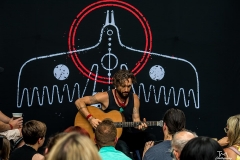 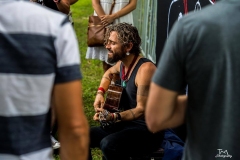 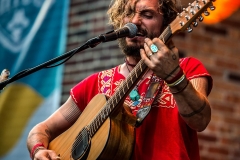 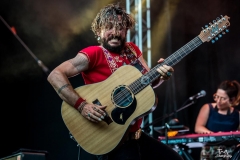 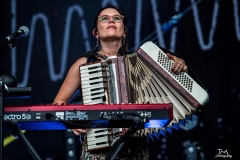 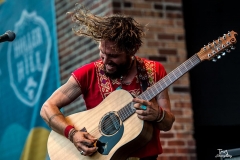 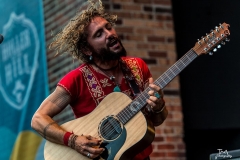 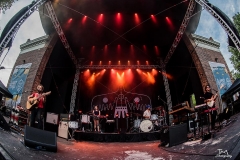 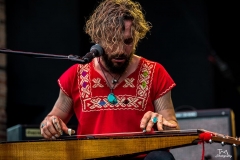 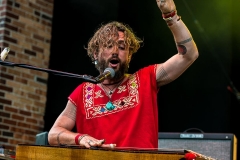 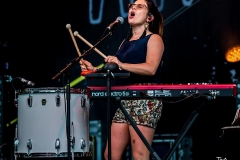 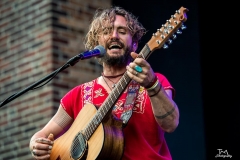 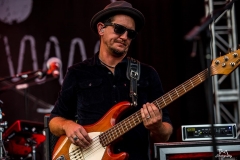 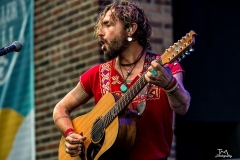 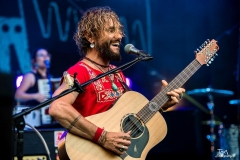